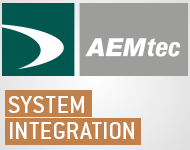 Regional marketshares of IDMs (companies with wafer fabs), fabless companies, and total IC sales were led by U.S. headquartered companies in 2021, according to the 2Q Update to The McClean Report 2022 from IC Insights.

The South Korean and Japanese companies have an extremely weak presence in the fabless IC segment and the Taiwanese and Chinese companies have a very low share of the IDM portion of the IC market. Overall, U.S.-headquartered companies show the most balance with regard to IDM, fabless, and total IC industry marketshare.

In contrast to the Japanese and European companies’ IC marketshare slide over the past three decades, the U.S. and Asian IC suppliers have seen their shares climb since 1990. As shown in figure above, the Asian companies have witnessed their share of the worldwide IC market surge from a minuscule 4% in 1990 to 34% in 2021. This increase in share by the Asian IC suppliers equates to a 31-year IC sales CAGR of 15.9%, almost double the total IC market CAGR of 8.2% over this same time-period.