In 2008, Schweizer Electronic succeeded in not only developing sales volumes (up by 5% compared to the prior year), but also succeeded in strengthening productivity and qualitative growth, despite unfavourable economic conditions during the second half-year.

Highlights from 2008 • 5% increase in turnover in the 2008 financial year – despite fourth quarter sales crisis • Industrial sales doubled • Photovoltaic sales up 300% • 90% of sales growth achieved in high-value circuit board technologies • EBIDTA margin before special effects: +7,4% in 2008 after –1,2% in the prior year • Liquidity over EUR 23 mln. • Non-recurring items and provisions for further cost reduction measures burden the 2008 result • 11% increase in new orders in 2008 Successful Turnaround In the first instance, the portfolio measures led to a strengthening of Schweizer Electronic. Industrial electronics sales rose by 113% to EUR 30.7 mln compared to the prior year. The largest portion of this development was due to photovoltaic sales. As a result, the ratio of automotives reduced to 57% in the overall turnover (prior year: 67%). In addition, the subsequently realised restructuring and cost reduction measures had a positive effect. Schweizer Electronic increased the productivity of its personnel by 10%, achieved clear savings in other operating expenses and consolidated its German production capacities earlier than planned. The first three quarters were characterised by a steady improvement in revenues. The operating result was thus above expectations. Effects of Economic Crisis put Dampener on Fourth Quarter The economic crisis also had a negative effect on Schweizer Electronic in its fourth quarter results, despite a rapid implementation of counter-measures. These included shortened working hours since the 1st of November 2008. Schweizer Electronic in 2009 Schweizer Electronic will continue to implement its strategic plan unabated: • Expanding product lines by sourcing supplies from low-cost countries • Developing and strengthening the professional resources in sales • Own distribution channels for major customers in automotives and industrial electronics as well as customers in small and medium-sized business • Further developing innovative solutions such as an RFID-based measuring instrument for temperature monitoring in sensitive application areas (incl. blood products). Schweizer Electronic has a robust balance sheet structure with an equity ratio of 33% as well as a debt ratio of 2.0. Liquidity of EUR 23.1 million consists of cash funds and unutilised lines of credit. Neither the complete, mint-condition machinery, nor the industrytypical high level of receivables, is financed by leasing or factoring. Supplier invoices are, in principle, discounted.
Ad

Semiconductor industry avoids direct impact of coronavirus The semiconductor industry appears to have escaped the direct impact of the coronavirus crisis so far, but the market is likely to suffer the repercussions as the outbreak slows or suspends production among electronics manufacturers, according to Omdia.
Tesla gets green light to clear forest for German Gigafactory
Plessey partners with Axus Technology Plessey, an embedded technologies developer, is partnering with Axus Technology (Axus), a provider of CMP, wafer thinning and wafer polishing surface-processing solutions for semiconductor applications, to bring high-performance GaN-on-Silicon monolithic microLED technology to the mass market.
GPV Electronics CN resumes production On 19 February 2020, the Chinese Central Government informed that all enterprises in the Guangdong province are now allowed to resume production.
Ad 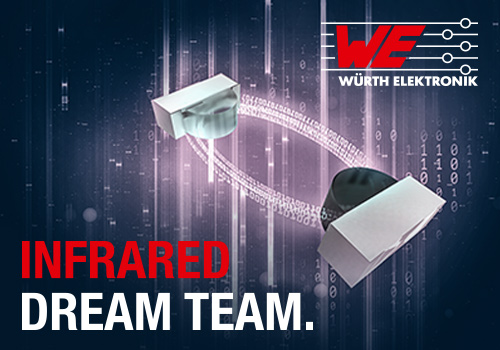